CHECK OUT OUR STAFF!

WE HAVE AN AWESOME STAFF AT GYMNASTI! THEY ARE A HIGHLY ACCOMPLISHED AND SUCCESSFUL GROUP OF COACHES WHO LOVE TO TEACH GYMNASTICS! A LITTLE BIT ABOUT US…

GymNasti is owned and operated by former USA National Team Member Ron Nasti. Ron recently received the 2019 Lifetime Achievement Award for all of his years of Gymnastics accomplishments as a gymnast, coach and current board member. He is truly an inpiration for many in the sport of gymnastics.

Ron is the current Elite Chairman for the Illinois state Board of directors.

Some of his additional accomplishments include:

Laura believes that gymnastics inspires not only the mind and body but also the soul and the work ethic, focus, and discipline developed in the sport can be carried through life in school, problem solving, and team projects.  She feels that the best athletes in this sport are the ones who never give up and any amount of hard work is the key to success.  She gives great attention to the small details as well as the bigger picture and looks at the whole product as a combination of strong mental training combined with a strong body physically. Her coaching style has influenced many of Gymnasti’s team gymnasts and has brought them to success!

Her Favorite even to coach is Uneven Bars and Floor

Genna believes that teaching this younger generation of gymnasts not only gymnastics, but life skills that they will use throughout their life is definitely the most rewarding part of coaching. As a coach she loves creating special bonds with these athletes while helping them to realize their true potential.

9 years coaching recreational gymnastics, USAG team as well as Head coach to GIJO program
17 years as a competitive gymnast
Competed through Level 10 as a gymnast
Many years as a State and Regional Qualifier

Her favorite event to coach is floor exercise!! Watching an athlete portray a roll in their dancing while ececuting ridiculously hard tumbling is a rush of emotions! Love it!!

Shannon believes that even if a gymnast doesn’t get super far as a gymnast, she will walk away with very valuable team building skills as well as being an all around good hard working person. She loves watching the progression of skills and the realization that they are capable of doing things they fear the most. Our most colorful coach at GymNasti loves when each girl shows her true colors!!

Shannon has:
11 years as a competitive gymnast through Level 8
10 years as a gymnastics coach at the developmental, USAG Team and Xcel levels

Her favorite events to coach are vault and floor!!

ALL OF GYMNASTI’S COACHES COME WITH A GOOD BACKGROUND IN TEACHING AND COMPETING IN THE SPORT OF GYMNASTICS. WE ONLY HIRE THE BEST QUALITY COACHING STAFF! 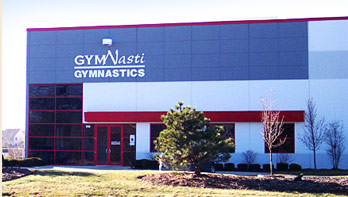